Veteran trader Peter Brandt says Bitcoin (BTC) investors shouldn’t expect a quick shot “to the moon” and need to be in for the long haul, instead.

Brandt tells his 622,800 Twitter followers that BTC price corrections can be lengthy, despite what other analysts might say.

“BTC – major highs and length to exceed them. Cheerleaders who constantly beat the drums of ‘to the moon’ are doing a huge disservice to BTC investors… Long endurance, not constant hype, should be the message.” 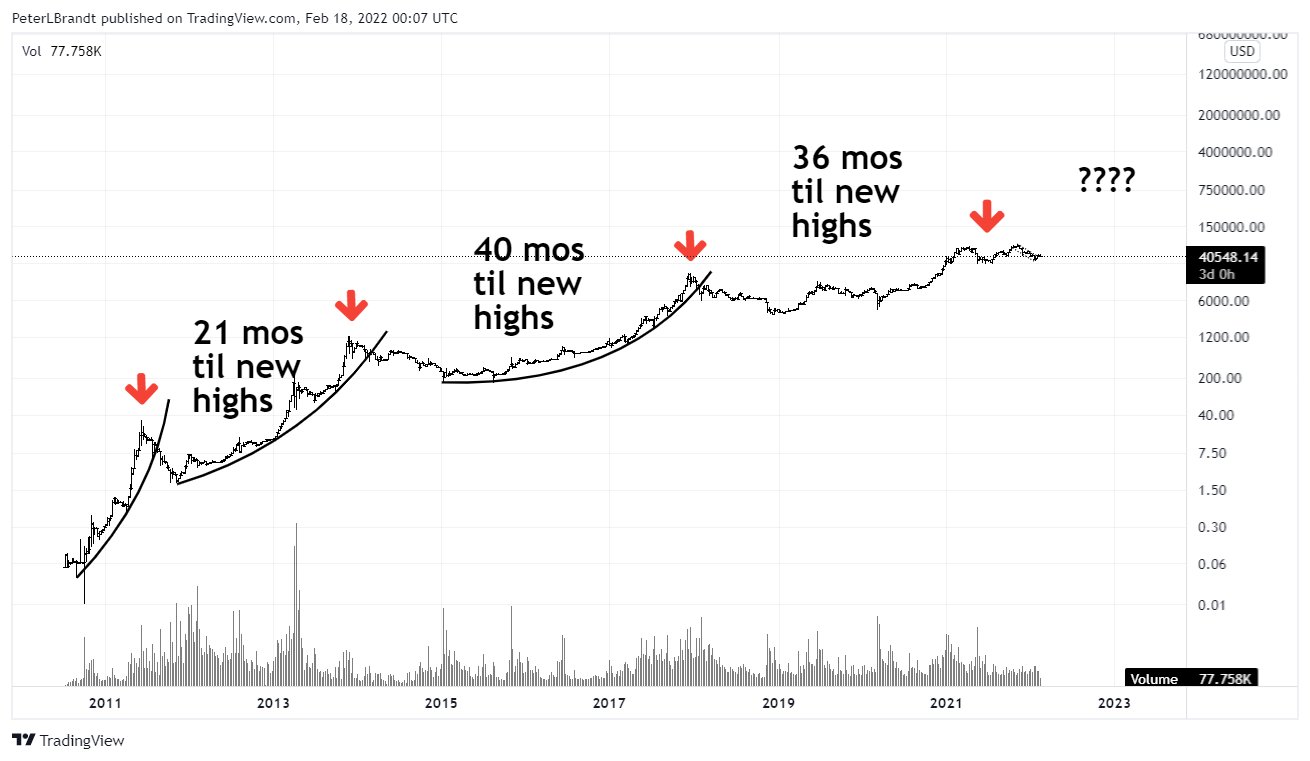 “Bitcoin is a marathon, not a sprint.”

“A buy and hold strategy beats my return but if the BTC bubble ever truly busts it will be no comparison. I am simply saying that all the hype will wear down peoples’ patience to hold for the long-term. Rather than hyping, we should be cautioning people to not expect overnight gains.”

Bitcoin is trading at $40,302.33 at time of writing. The top-ranked crypto asset by market cap is down more than 5% from where it was priced one week ago.