Following a CoinDesk report published on Thursday, August 25th, the price of Voyager’s token VGX skyrocketed. The report stated that while Coinbase backed out of buying the bankrupt crypto lender, companies like FTX and Binance are still on the hunt for its digital assets.

Following Voyager’s bankruptcy in July, numerous companies expressed an interest in the crypto lender’s assets. A report from Thursday indicated that at least 11 companies are on the list.

This news caused a major surge in the price of VGX—the price of Voyager’s token. While the token maintained a price of around $0.27 for most of the day, the interest surrounding the bankrupt company’s assets made it skyrocket to $0.43 in less than an hour.

The price of VGX stuttered a bit afterward but has maintained the value of around $0.36 over the next hours. Voyager’s previous notable high was on August 16th when it came near to $0.37 for a short time. 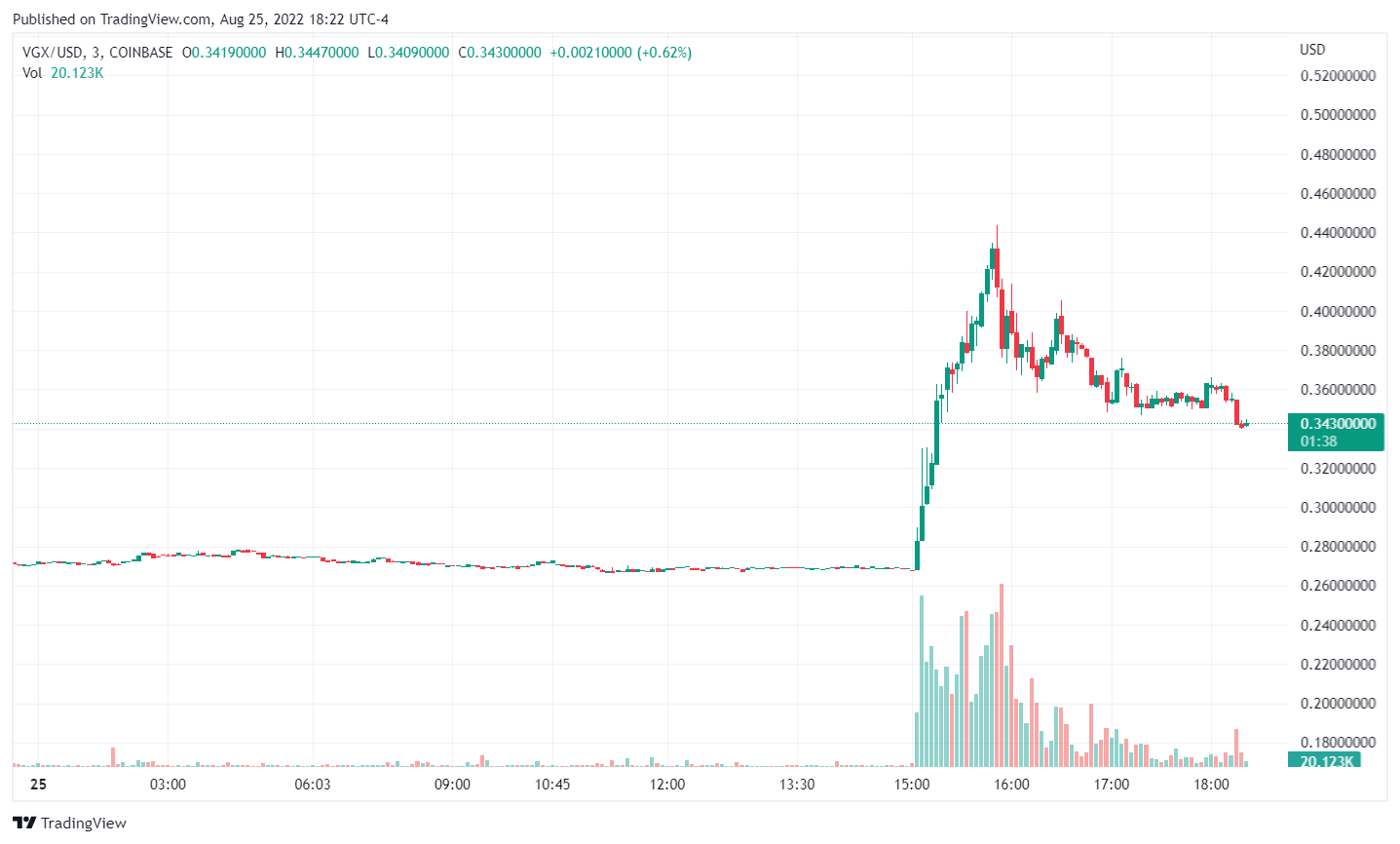 Coinbase was among the first to express interest in Voyager after the crypto lender filed for chapter 11 bankruptcy. However, the company backed out after concluding that the “financials wouldn’t add up.”

FTX was also an early candidate, but its previous public offers were turned down as Voyager didn’t deem them serious. Allegedly, this company is still in the competition for Voyager’s assets.

According to some sources, Binance is another strong candidate with a keen interest in the company. A publication from Wednesday, August 24th, says that Voyager’s Bar Date comes on October 5th and that is the last date when possible disputes might be filed.