After hitting a high of $0.91 on February 9, XRP’s momentum has shifted slightly to the negative. Before aiming for greater levels of support, Ripple may be seeking key levels to uncover. Remittances token may face a succession of difficulties before it returns to $1.02. 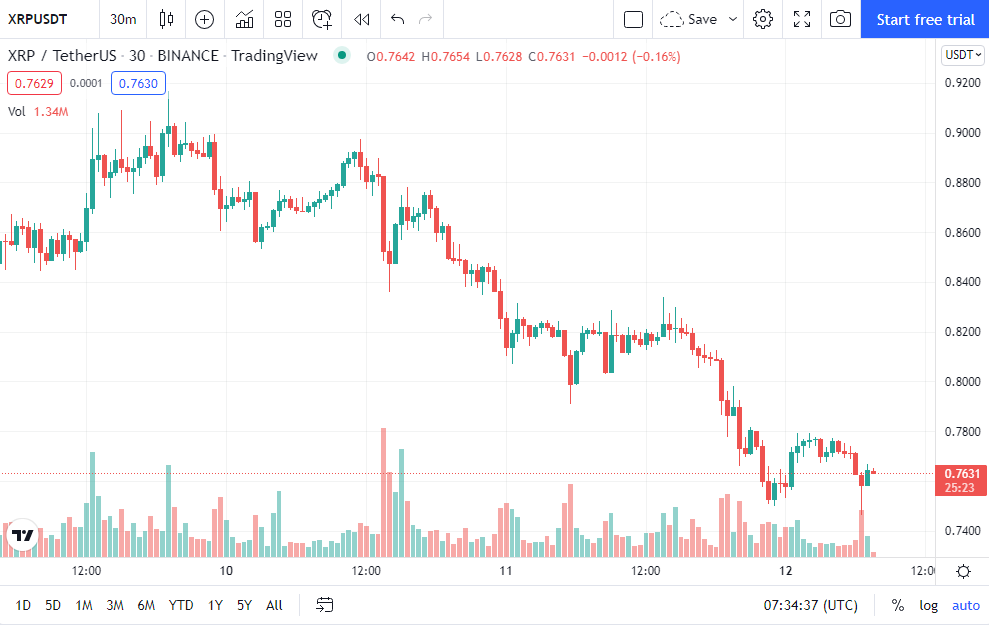 According to the 3-day chart, which shows the price of Ripple as a symmetrical triangle, it is likely to consolidate and move sideways for the time being. A change in momentum has caused the token to fall lower before its subsequent rise.

However, XRP may find quick support around the 21-day SMA of $0.76. The 23.6 percent Fibonacci retracement level at $0.70, followed by the 200 three-day SMA at $0.67, will provide an extra line of defense. The Momentum Reversal Indicator (MRI) at $0.59 may support XRP before Ripple declines to the bottom border of the current chart pattern at $0.55.